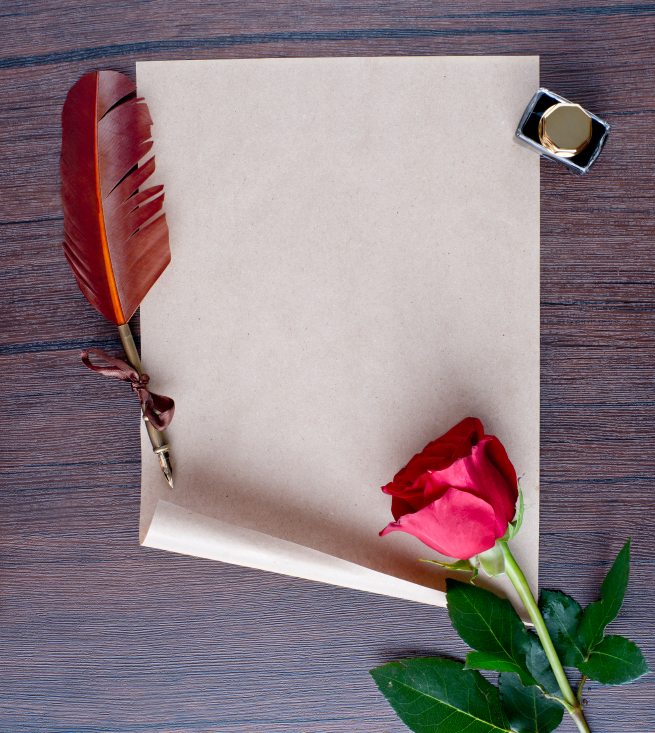 Valentine’s Day is a day of flowers, chocolates, and other special gifts for the ones we love. You might be surprised to learn that the day we devote to romance also played host to some very interesting historical events. Here are six of them.

The most accepted reason that Valentine’s Day is a celebration of love and marriage is because it was marriage and love that got Saint Valentine killed. The Roman Emperor Claudius II had commanded that soldiers should not marry in order to be free from distractions. Valentine, then a priest, secretly performed Christian marriage ceremonies for Roman soldiers in defiance of the edict and, when captured, suffered torture and beheading.

496 is the year that Pope Gelasius set aside February 14th in honor of Saint Valentine, and many will be surprised to learn that one of Saint Valentine’s miracles is the reason we share Valentine’s Day cards. While Valentine was in prison awaiting his punishment, he grew fond of his jailer’s blind daughter and is said to have healed her vision. Before going to his execution, he penned her a note signed, “From your Valentine.” That simple act was the start of our tradition of sending Valentines.

We don’t often think of Valentine’s Day as a patriotic event, but in 1778 it was. That’s because 1778 is the year that the stars and stripes first received recognition from a foreign power. Representing a newly sovereign America, the flag flew proudly on the USS Ranger as she sailed across Quiberon Bay off the southern coast of France. The French ships fired a cannon salute honoring the Ranger, her captain John Paul Jones, and the new flag.

Valentine’s Day in 1876 opened the door to a world of bitter controversy between two of America’s brightest inventors. On February 14th of that year, both Alexander Graham Bell and Elisha Gray applied for a patent on their new invention — the telephone. A bitter legal battle ensued over who should receive the patent. Bell’s application had been filed first, so he received patent rights. History now recalls Bell saying, “Mr. Watson, come here I need you!” as the very first telephone call.

The United States Department of Commerce and Labor was established on Valentine’s Day, 1903, when President Theodore Roosevelt signed the bill creating it. Now separate cabinet-level departments, these two agencies have a huge impact on the U.S. economy. In addition to their oversight responsibilities, they run the U.S. Patent and Trademark Office, the Bureau of Economic Analysis, and the Census.

Valentine’s Day is a time for sending gifts and the company that gets them there, UPS, got its name on February 14, 1919. On this day, the company began delivering packages outside of the Seattle area for the first time and took the name United Parcel Service. From that point, the company rapidly expanded into one of the largest carriers in the world.