7 Foods for a Healthy Smile 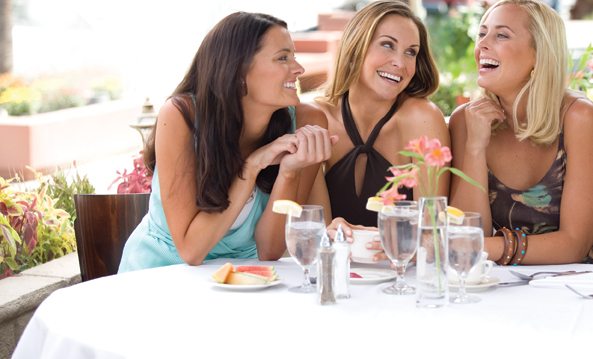 Good nutrition is the foundation for a healthy mouth and a beautiful smile.  Even if you brush and floss faithfully, the foods you put in your body offer added protection against plaque formation, tooth decay, and gingivitis.  And when you do give in to those occasional sugar cravings, filling up on these super stars will help your mouth shine.

Cranberries contain proanthocyanidine, a powerful chemical compound that prevents harmful bacteria from sticking to teeth and gums.  The Journal of the American Dental Association found that regular consumption of cranberry juice reduced oral microbes by 50 percent. To avoid counteracting the protective benefits, stick with low-sugar or sugar-free products.

Salmon is packed with omega-3 fatty acids, which target inflammation throughout the body.  According to The Journal of the American Dietetic Association, research participants who consumed plenty of omega-3 foods lowered their gingivitis risk by 20 percent.  As an alternative to fresh salmon, canned varieties are easier on the budget and offer many of the same health benefits.

The live cultures in probiotic foods have long been associated with increased immunity and healthy digestion.  The Journal of Periodontology noted that people who consumed the largest amount of calcium-rich dairy products, particularly yogurt, had lower levels of gum disease.       Additionally, low calcium levels appeared to raise the risk of gingivitis.

Though nuts can be a high-calorie snack, a little bit goes a long way, especially, when it comes to a healthy smile.  Peanuts are rich in the antioxidant CoQ10, a fat-soluble compound known to prevent plaque buildup and lower inflammation.  Studies show that patients with advanced gum disease were significantly low in CoQ10, while those with adequate stores were more likely to heal sore gum tissue and resist progressive disease.

Gingivitis starts with bacteria that builds up between your teeth and gums.  Oranges, and other citrus fruits, are packed with bacteria-fighting vitamin C.  A large study found that people who had a daily intake of less than 60 milligrams (the size of one orange) were 150 percent more likely to develop severe gum disease.  Not only will this super fruit ward off infection, vitamin C also helps fight plaque formation and aids in healing connective tissue.

Oats, whole wheat, brown rice, and other whole grains are rich in B vitamins.  B-vitamin deficiency can lead to bleeding gums, a sore tongue, and canker sores.  Researchers at McMaster University in Canada found that people who consumed daily amounts of whole grain foods reduced their risk of advanced gum disease and tooth loss by 23 percent.

We advise that, in addition to eating preventative foods, limiting sugary substances is essential in maintaining long-term oral health.  When you simply can’t resist, make sure to eat sugar-containing foods along with a healthy meal.  If possible, brush your teeth soon after.